The Baba and The Bard

Singer/songwriters and multi-instrumentalists Russell Hibbs and Anando Bharti act as tour guides for their audiences as they take them on a wild journey across the cosmos through songs, poetry and humour. Their highly eclectic repertoire of original material mixes genres, instruments and cultures, including (but not limited to) Celtic, Indian, blues, folk, rock, country and western, reggae and Australiana. Their current show ’Tightrope Walking’ is suitable for conferences, house concerts, weddings, funerals, parties and celebrations of all kinds.

Russell Hibbs is a poet and songwriter who spent his early years in the playground of then pristine Malayan jungles. Moving to the rainforest regions of northern N.S.W. he became involved in local and global forest protection. He formed the 'Invisible Opera Company of Tibet' with Daevid Allen [Gong] in 1986 and performed at Folk and World music festivals until 1994. A year in a remote Tasmanian cottage dusted off the bardic pages, and a humbling position of being a storyteller for 5 year olds gave a sense of proportion. He continues to perform and share in ceremony.

Russell’s collaborations include albums of ancient and contemporary whale chants with Bunna Lawrie of the Mirning people; Animal Medicine Music with Arpana Gita; Electric Wizardry with ‘Second Nature’; Tightrope Walking with Andy Copeman; and Alaap of the Gods with Shivakti and Anando Bharti.

Russell is a Bard in the true sense of the word, he brings a feeling of intimacy rarely experienced in these modern times. With stories from the ancients combined with original poetry and song, he brings to life a memory of times gone by and times yet to come.
https://shivakti.bandcamp.com/

Anando Bharti is an eclectic singer/songwriter, multi- instrumentalist and recording engineer/producer with fifty years musical experience. He has played in dozens of bands around the world in a wide varíety of genres. He also studied sound recording and film-making at Byron Bay SAE and received a bachelors degree in audio production.

Bharti spent many years playing in the Institute of Music and Celebration at the Osho International Meditation Resort in Pune, India, where he studied Indian classical music on the Dilruba (a bowed cello-like string instrument) and learnt the fine art of creating music for meditation. This led to tours of Europe and the USA with Milarepa and The One Sky Band, The Atmospheres, and Poona Loona.

He lived in Byron Bay, Australia, for 25 years, playing bass with many groups, including legendary reggae band Fyah Walk, Viva la Bimba!, Los Bobos Cosmicos and with Russell Hibbs in Shivakti. in 2015 Bharti moved to Jamaica and founded Bhartopia, a vegan music and arts community and organic fruit and vegetable farm in the hills behind Port Maria.

In 2016 he released his first solo album, Psychedelic Lovefest, and moved to Ozen Cocom community in Mexico. There he acted as musical director and managed Mayawave Studio, where he recorded and produced six albums of meditation music. In 2019 he returned to Byron Bay, where he continues to write, record and perform with several ensembles.
https://anandobharti.bandcamp.com/releases
https://www.ozencocom.com/music 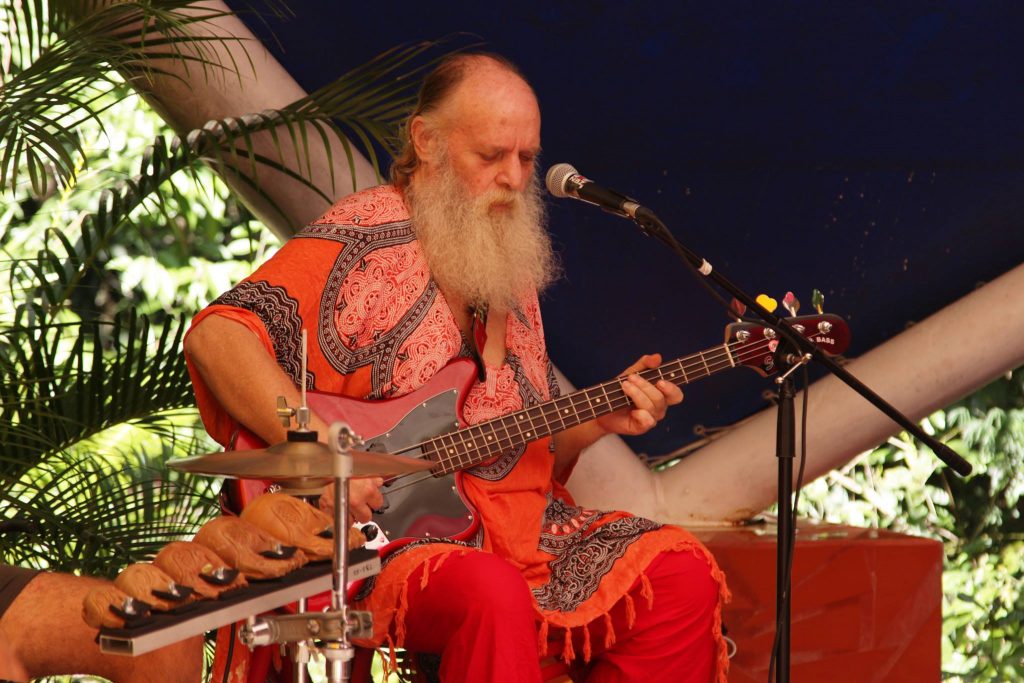 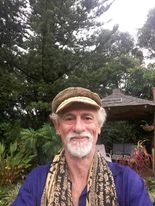