All over Australia touring!

Bright Blue Gorilla: Award-Winning Filmmakers & Musicians!
Traveling the world doing concerts, screenings with Q&A, and creative workshops!
Bright Blue Gorilla Live video: https://www.brightbluegorilla.com/EPK.html
Who is Bright Blue Gorilla?
After 7 feature films, a dozen CDs, and 30 years on the road, award-winning filmmakers & musicians Bright Blue Gorilla have plenty of entertaining stories to share. Producer Robyn Rosenkrantz and Director Michael Glover have been charming audiences around the world since 1990 when they quit their L.A. jobs, sold everything they had (except their guitars) and bought one-way tickets to Europe. They’ve been performing & traveling ever since and are still going strong! Their movies have been on Netflix and are currently available worldwide on iTunes, Amazon, and other platforms.
http://www.brightbluegorilla.com
What’s 36 Husbands about?

36 Husbands, their 7th feature film www.36husbands.com is an uplifting, musical, mystical, kung-fu spy comedy starring 3 powerful women - and a bunch of husbands, lots of music in it, a super fun film.! As with all their feature films, this one is family friendly (PG). They make movies in a unique way, with a world community. 36 Husbands was shot in Australia, Berlin, Frankfurt, Dortmund, Paris and L.A 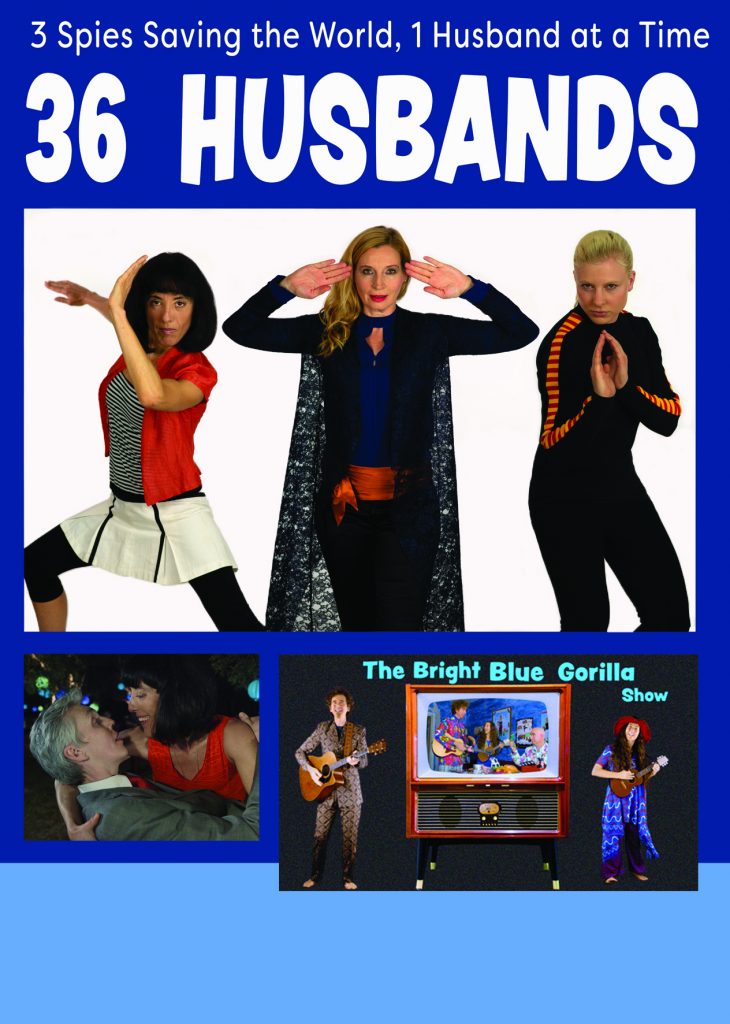 Bright Blue Gorilla tours cinemas, music clubs, festivals, film and music schools! They also love to play house concerts and create a pop-cinema in your living room with Q&A after each film screening! They travel with projector and speakers, play concert unplugged. All you need is popcorn and friends!